Great news! James the Chimney Sweep is available to work in the Mayfield, East Sussex, TN20 area, remember I can help you with any of the following:

If you have any queries about chimney sweeping, or a related matter, We’d love to hear from you. Pick up the phone, email, text – whatever suits you and contact us TODAY!

You will find our rates fair and competitive. We like to be paid for the work we do, and no more than that!

Did you know? James the Sweep is a registered member of the respected Guild of Master Sweeps.

Mayfield, alongside its twin abode, Five Ashes, is a village in the High Weald of East Sussex, some nine miles south of Royal Tunbridge Wells. The former Archbishop of Canterbury, St Dunstan, is reputed to be the founder of the settlement, recorded in 960AD. He also founded Mayfield Palace as a residence, which has changed hands over the years and in the present day is a catholic school. Remarkable incidents in Mayfield’s history include a large fire in 1389, which cause havoc around the village and especially to the parish church. The martyrdom of protestants for their faith in 1556 are remembered via a carnival each September. A grade two listed building – the Argos Hill Windmill, is also worth a visit following a reconstruction of the structure, which was originally built in 1831. The iron industry also helped the settlement flourish in trade. Mayfield today hosts a number of retail outlets and has a thriving local community. The village sign of Mayfield hails back to Saxon origins with a direct connection to the original meaning, ‘Maid’s Field’, as it was known in yesteryear. The sign shows a flower meadow with a young lady and children in the foreground.

Mayfield High Street has a respectable amount of shops and retail units, which serve the needs of both residents and visitors. The village also has two pubs, the Rose and Crown, and also the Middle House, to assuage the thirsts of villagers needing a pint or two. Educational facilites for girls are provided at St Leonards-Mayfield, founded in 1872, on the High Street. The school is on the site of Mayfield Old Palace. Mayfield College catered for boys in Little Trodgers Lane but it closed down. There is also a primary school in the village from the Edwardian era but it has seen modern development to serve the contemporary needs of youngsters’ schooling. 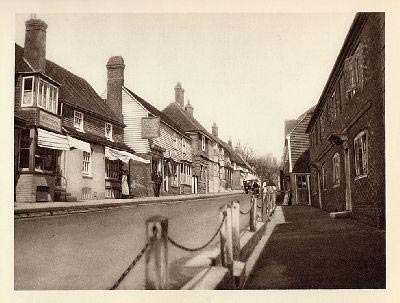 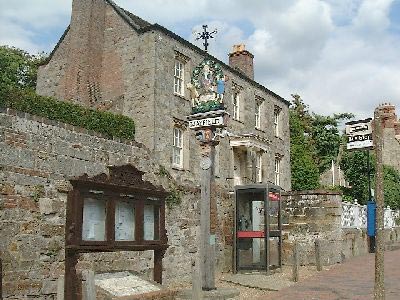 If you live in Mayfield and need your chimney to be swept, contact James the Sweep today!