My chimney cleaning services in Tonbridge

Whenever I conduct a sweep in Tonbridge, I always provide the householder with an official, Certificate of Chimney Sweeping. This indicates that a sweep has been conducted to the Guild of Master Chimney Sweeps industry standard and can be used for household insurance purposes.

I advise clients in Tonbridge about what type and what size chimney cowl, pot or guard will best suit their fire setup. Due to health and safety issues, I do not fit chimney cowls, pots or guards myself. I arrange fitting with my trusted colleagues who do an excellent job of installation for my clients.

I also sweep in the following areas near Tonbridge

Tonbridge is a quaint market town some four miles from Royal Tunbridge Wells. It is also in Tonbridge and Malling District in Kent. The town epitomizes the tranquility of Kent. There is the River Medway as a backdrop, with surroundings that include hop farms, woodland, fields; alongside the majestic 11th century Tonbridge Castle. Even so, Tonbridge is also a dynamic place with a lively community and mix of retail outlets. There have been specific local industries too such as Tunbridgeware and the manufacture of cricket balls. A more intriguing claim to fame is that the first ever speeding fine was recorded in the environs of Tonbridge – Paddock Wood. The fine of one shilling was given to Walter Arnold of East Peckham in 1896. He was speeding along at eight-miles-per-hour in a two-mile zone. A policeman gave chase on his push bicycle and managed to pull the speedster over for a ticking-off and the subsequent fine.

Tonbridge industries have included financial and fiscal related services alongside distribution: light engineering; printing and publishing. Manufacturing is currently represented through the respectable firm Enalon Ltd, the last plastic moulder and toolmaker in Tonbridge. Tourism also plays a key role in the success of the town’s economy with Tonbridge Castle and country park being a very popular attraction. Shopping facilities do well on the High Street and there are a good number of estate agents and restaurants. Tonbridge Borough Council is scrutinising methods to further increase leisure and shopping facilities in Tonbridge and the future looks very positive, economically speaking. An example of ongoing development is the creation of The River Centre by Harvester Trust Tonbridge, on Medway Wharf Road, for use as a church, community hub and conference centre.

Easy-to-access transport routes to-and-from Tonbridge and other areas of Kent  are of benefit to businesses in the town. That has a roll-on effect in terms of boosting the local economy. It’s also handy for commuters who have set up home in Tonbridge but can then access other Kentish towns for work: Royal Tunbridge Wells, Sevenoaks, Southborough, Maidstone as well as if they need to get to London. Tonbridge Railway Station witnesses an impressive 4.1 million passengers per year, which certainly makes it one of the busiest railway stations in the county of Kent. Commuters who opt to drive for work can use the A26 Maidstone to Brighton road, or A21 Hastings to London route. Both of these popular routes provide access for residents and visitors for business and leisure. The M25 motorway is near too for those wanting to travel even further. Bus services are well-served by Arriva Southern Counties throughout the wider region surrounding Tonbridge.

Tonbridge played a very important role in the Medieval era. It had strategic importance in the local areas of the county of Kent, with the construction of robust defence works, such as an impressive outer bailey. The historic heart of Tonbridge still shows evidence of the town’s Medieval past with buildings which date back to the 15th century. Port Reeves in East Street is a particularly notable model of the era. Other parts of Tonbridge also hint at its Medieval past with Tonbridge School dating from 1552, set up to educate both gentry and young farmers. Protestant martyrs from the time are recorded to have met their poignant fate in Tonbridge. The most famous of these ardent believers are arguably Margery Polley, Joan Beach and James Tutty, who were all burned at the stake in the 1550s. There is a green in Pembury, which contains a poignant memorial to Margery Polley, which is well worth a visit. 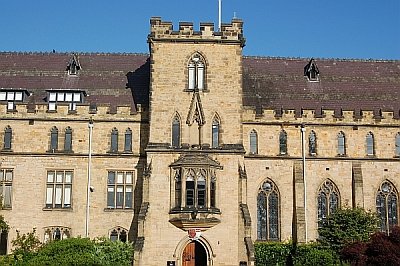 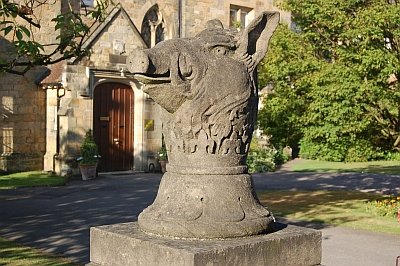 Looking for a chimney sweep in Tonbridge?

James the Chimney Sweep is available in Tonbridge and surrounding areas.