My chimney cleaning services in Orpington

Whenever I conduct a sweep in Orpington, I always provide the householder with an official, Certificate of Chimney Sweeping. This indicates that a sweep has been conducted to the Guild of Master Chimney Sweeps industry standard and can be used for household insurance purposes.

I advise clients in Orpington about what type and what size chimney cowl, pot or guard will best suit their fire setup. Due to health and safety issues, I do not fit chimney cowls, pots or guards myself. I arrange fitting with my trusted colleagues who do an excellent job of installation for my clients.

I also sweep in the following areas near Orpington

Orpington is a town and borough ward near Bromley, in South East London. The town was located within the county boundaries of Kent before Greater London was founded in 1965. Orpington’s history dates back to the Stone Age era and tools from the period have been discovered at the Ramsden Estate, Poverest, Priory Gardens and Goddington Park. There is further evidence of the Iron Age, Roman and Anglo-Saxon periods. Modern day Orpington contains a good range of shops based in the Walnuts Shopping Centre, the High Street and nearby roads. There is a leisure centre in the shopping centre as well, for use by residents in Orpington.

Orpington does have a quirky side and ‘Orpington Man’ is a phrase coined by journalists to describe a typical lower middle class person. Chickens bred in the town gained a wider recognition with the speckled, black and buff varieties of Buff Orpington kept by William Cook, in the 1890s, being a particularly noteworthy breed, which were at Tripes Farm in Chelsfield Lane until the 1990s. He also bred Buff Orpington ducks. A very different product is the Orpington Car, which was a two-seater convertible made by Smith & Milroy Ltd in Wellington Road. The 10 horsepower engine impressed motor enthusiasts and the car was brought to the Motor Show in 1920. The model could not compete with other cars in mass production and there are no surviving models.

Orpington is certainly a friendly town with a busy, cheerful community. As a settlement not far from T Wells, it is also very well linked to Bromley and to other areas such as Petts Wood, and also Crockenhill, which is conveniently accessed via a route involving Perry Hall Road to Willett Way, but via Chislehurst Road. The A232 goes through Orpington in the southern area of the residential strip, which are themselves set up around larger roads such as Broxbourne Road, Crofton Lane. and Mayfield Avenue. Keswick Road also deserves a mention. This road, where James often sweeps chimneys when sweeping for residents in Orpington, eventually wends its way to Broomhill Common. From that point, the road heads to Orpington High Street via Broomhill Road. Many smaller roads also make-up the vicinity, such as Oatfield Road, Novar Close; Westholme; Cyril Road; Brookside; and Nursery Close. Orpington Hospital, popular and supported by the local community, is accessed off Sevenoaks Road. 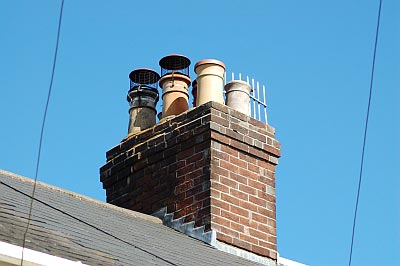