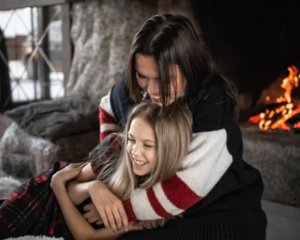 To put it simply (as stated numerous times by James the Sweep): if you don’t book regular chimney sweep appointments with James, your risk dying from carbon monoxide poisoning or uncontrolled fires.

Indoor fires are a superb and safe method for heating homes if – and only if – the chimney is looked after by a chimney sweep professional, such as James.
In many respects it comes down to basic maths equations. Unswept chimneys = risk of death. Swept chimneys = no risk of death and the opportunity to safely enjoy your indoor fire.

Oh, that’s over-the-top dramatic, right? Sadly not. There are numerous stories of individuals, couples and families including children who have died because soot and other tar deposits were not swept from chimney flues. The build-up of soot meant the carbon monoxide produced by the indoor fire had nowhere to escape, so the gas seeped back down the chimney and into the room hosting the fire. People in the home were poisoned to death.

Carbon monoxide is a highly dangerous gas, which is invisible and odourless. It kills within minutes, preventing oxygen from reaching the vital organs in the body.
It goes without saying that CO is a risk not just from indoor fires and chimneys, but also other appliances in the home, such as gas cookers and boilers. Make sure that ALL appliances and devices within your household are meticulously checked by a proper professional tradesman throughout the year.

Remember – you won’t just survive but thrive in the New Year, enjoying plenty of good times by your indoor fire – as long as the chimney is swept regularly by James the Sweep (for Kent & East Sussex). So make those New Year resolutions now to book chimney sweeps in 2020! It costs just £60 for a standard sweep.